Researchers in the Department of Chemistry at the University of Tennessee, Knoxville, are shooting lasers at quantum dots to illuminate ‘dark’ states and provide new insights that can steer the design of future materials.

Tiny crystals known as quantum dots have become so ubiquitous that you can find them in modern commercial televisions. Yet there are still key questions that have remained unanswered despite decades of research about how these crystals work. In particular, it is not clear exactly how the surfaces of quantum dots affect how they interact with light.

When light hits a quantum dot, the energy is stored in energy levels or states. When this energy moves to states on the surface of the quantum dot, it becomes “trapped” and lost for potential use. These surface states, however, are invisible to basic optical experiments because they cannot directly absorb the light, and this leaves the energies of these surface states unknown. 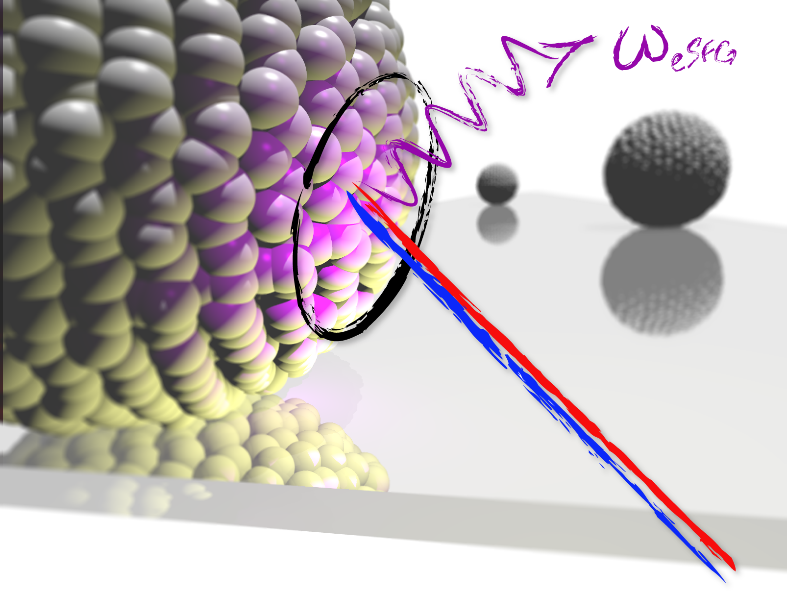 That was until a collaborative UT/Oak Ridge National Laboratory research team, led by Tessa Calhoun in the University of Tennessee’s Department of Chemistry, developed a new way to shed light on them. Their electronic sum frequency generation microspectroscopy technique simultaneously mixes different colors of ultrashort laser pulses to generate new colors of light that describe these elusive ‘dark stats’ on the quantum dots and is detailed in their recent paper published in Nano Letters.

“I was excited by just how many energy levels we could detect with a single measurement at ambient conditions,” Calhoun said.

In addition to being able to match dozens of known energy levels from literature, their studies were able to detect multiple elusive surface states. 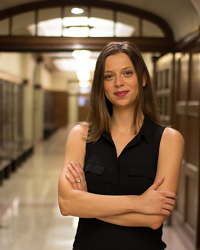 “While many other experiments had suggested the presence of one or more of these states, we are the first to be able to directly show that there is more than one surface state in these quantum dots.” Calhoun said.

In addition to Calhoun, other team members were Brianna Watson, the lead author, and Benjamin Doughty, a staff scientist in the Chemical Sciences Division at ORNL. Brianna was a graduate student in the UT Department of Chemistry and is now conducting postdoctoral research using microscopy at Boston Children’s Hospital.

This new information about the energies of dark states promises to provide an avenue to control these generally undesirable defects to improve performance in devices.

Knowing more about these surface states will allow scientists to design better nanoparticles and Calhoun’s group is excited for the future systems they can explore with their new microspectroscopy.