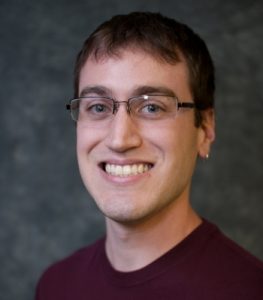 O’Neal’s study, titled “High pressure vibrational properties of WS2 nanotubes“, focuses on the high-pressure response of Tungsten Disulfide (WS2) nanotubes. “WS2 nanotubes are some of the world’s best solid-state lubricants.” O’Neal said. “We used the synchrotron light source at Brookhaven National Lab to take infrared spectra of the nanotubes with up to 20 GPa of applied pressure, as well as Raman data to the same pressures. Comparing the two techniques revealed that a Raman-active mode is twice as pressure sensitive as every other mode, making it a strong candidate as part of the nanotube breakdown pathway. We also observed some percolation effects as the nanotubes were compressed.”

Nano Letters publishes studies in all branches of the theory and practice of nanoscience and nanotechnology. Nano Letters ranked number four among journals in the field of nanoscience and nanotechnology based on its 2013 impact factor of 12.94, and ranked number one based on its 2013 Eigenfactor® Score of 0.37484. “It is quite exciting to be accepted at such a high profile journal.” O’Neal said.

O’Neal obtained his Bachelor’s degree in chemistry at Baldwin-Wallace University. After working an entry-level industry job, O’Neal joined the Department of Chemistry in 2011 to purse a Ph.D. degree in physical chemistry. His current research focuses on two main areas: (i) size-dependent optical properties of nanoparticles and (ii) structure-property relations in molecule-based magnets. O’Neal has been the main student involved in Musfeldt’s research group’s new high pressure spectroscopy initiative.