In 1996, NASA administrators made a historic announcement: proof that life had existed on Mars at some point in its history. Their proof was a Martian rock that they claimed contained the same combination of minerals and carbon compounds as those created by microbes on Earth. Searching for chemicals that indicate the presence of life is at the heart of the research being done by Grace Sarabia, a doctoral candidate in the Department of Chemistry.

Although most scientists now agree that the Martian rock presented in 1996 does not prove the existence of life on Mars, it could possibly point in that direction. Scientists have continued the search for extraterrestrial life through the Mars Rover program. 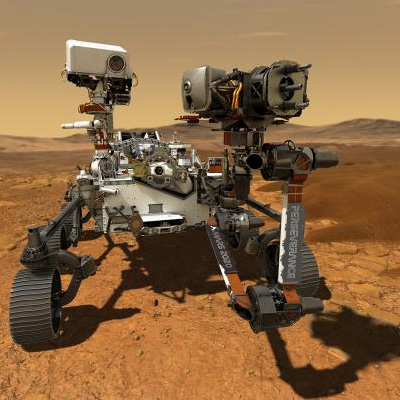 The Mars 2020 Perseverance Rover is scheduled to land this month, continuing the search for signs of ancient life. Perseverance will collect rock and soil samples that will help advance the understanding of Martian geologic history by identifying organic compounds and minerals that are indicative of past life on Mars.

In addition to geologic surveys, Perseverance is also testing technologies that could be used to identify potentially habitable extraterrestrial environments. Sarabia’s research centers on one such technology, called Raman spectroscopy, which provides a structural fingerprint to identify molecules. This non-destructive process examines how light is scattered from a sample when illuminated by a laser. Because the scatter is the result of chemical bonding and structure, it is unique to each compound—like a fingerprint is unique to each person.

In the laboratory, Sarabia attempts to mimic extraterrestrial environments, such as Martian soil or icy worlds like Europa, one of Jupiter’s 79 moons. Then, with the use of Raman spectroscopy, Sarabia is able to analyze these artificial environments to detect biosignatures—clues that indicate a planet’s atmosphere has been influenced by life. This research could not only provide insight into whether life has existed in the past, but also the potential for supporting life in the future. 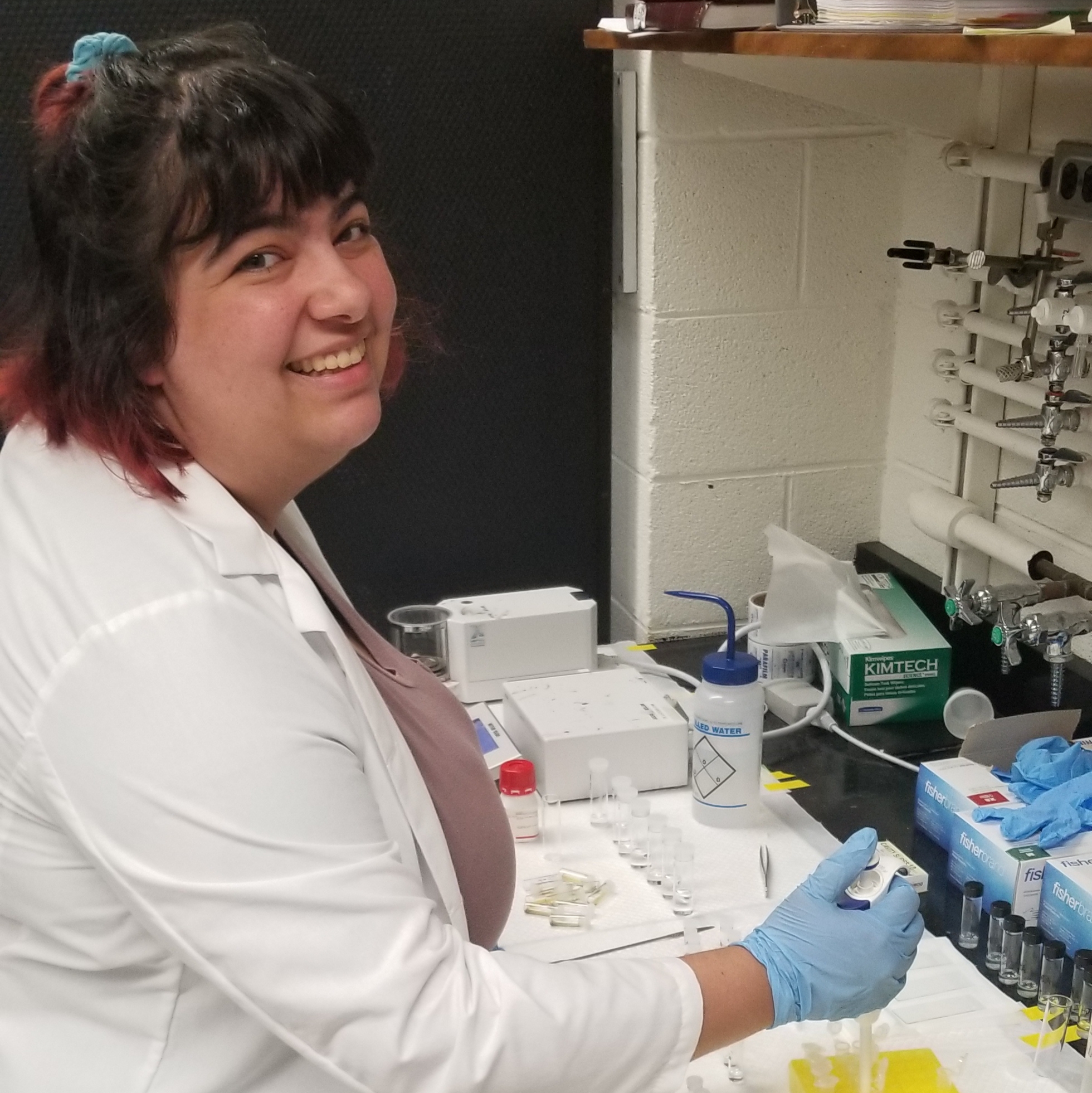 Currently, her research provides her the opportunity to combine a lifelong curiosity about space with an inherited interest in chemistry. “My grandfather was a chemist, so he used to talk to me about different chemistry concepts when I was small,” Sarabia explains. “My mom used to tell him I didn’t understand him, so he should cut it out. It must have made an impact on me, however, because I did end up pursuing chemistry in college.”

Sarabia hopes that her research will assist the scientific community with analysis and, building upon the findings made during the Perseverance mission, possibly pave the way for future human expeditions to the red planet. Raman spectroscopy is just one of the technologies that Perseverance will test to determine the possibility of supporting human presence on Mars. Discoveries made on Mars could be applied to other planets and moons throughout the solar system.

Sarabia plans to continue her work in Raman spectroscopy, while also keeping her eyes on the stars. “Ideally, I would like to continue working with space-based research using Raman spectroscopy,” Sarabia explained. “It would be amazing to find life or signs of life beyond Earth. The implications for something like that would be major for everyone!”