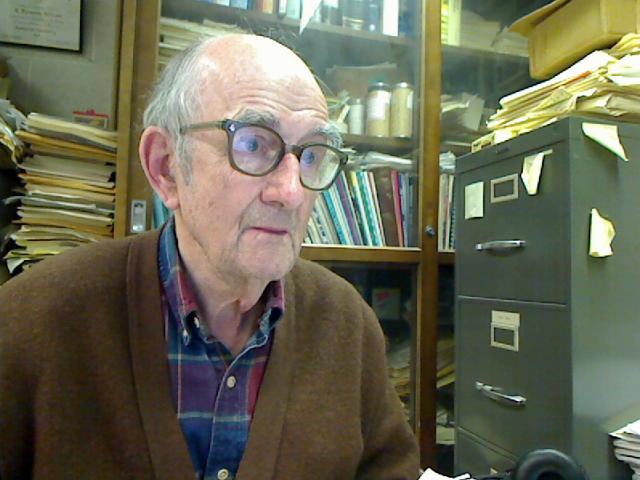 Williams received his BSc degree from University College London in 1949, and an external Ph.D. degree from the University of London in 1960. He was employed at the Atomic Energy Research Establishment, Harwell, United Kingdom from 1949 to 1961 except for a leave of absence as a research and teaching associate at Northwestern University from 1957 to 1959. In 1961 he joined the chemistry faculty at the University of Tennessee, Knoxville.

“Francon was a dedicated teacher and outstanding experimental physical chemist,” said Jeffery Kovac, chemistry emeritus professor. “He was an ESR spectroscopist who studied radicals produced by gamma radiation.  Ffrancon did some groundbreaking work on cationic polymerization,”

Williams was a National Science Foundation Visiting Scientist to Kyoto University, Japan from 1965 to 1966 and was the recipient of a Guggenheim Fellowship in 1972. He has been chairman of the Gordon Research Conferences on Radiation Chemistry (1971) and Radical Ions (1984), and served as an associate and consultant editor of Radiation Research, the official journal of the Radiation Research Society, from 1994 to 1999.

“He was always so kind and nice to me. Our respect went both ways. I will surely miss him, his kind words and phone calls,” said Pam Roach, chemistry staff.

“Ffrancon was a devoted member of our chemistry faculty for many years, and had a wonderful, calm and knowledgeable manner about him,” said Don Esidenberg, development director. “He will surely be missed. Gratefully, he will be remembered by future generations through the Ffrancon Williams Faculty Award in Chemistry Endowment.”