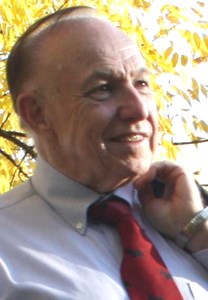 Dr. Gerald W. Gibson, father, husband, granddaddy, and President Emeritus of Maryville College, passed away on Thursday, May 20, 2021, following an extended illness. He was 83. He was a member of New Providence Presbyterian Church in Maryville, Tenn.

Gibson enjoyed a 45 year career in higher education and often reminded his family, “Knowledge is power.” A native of Saluda County, S.C., he spent much of his childhood in Spartanburg. He studied chemistry and earned degrees at Wofford College (BS) and the University of Tennessee, Knoxville (PhD) and served as a member of the United States Army Chemical Corps prior to joining the faculty at the College of Charleston in 1965. He served as chair of the chemistry department at the College of Charleston from 1968 until 1982, when he was named associate provost for academic affairs at the College. In 1984, he left to become vice president and dean of Roanoke College in Salem, Va., where he served for the next nine years.

Gibson was inaugurated as Maryville College’s 10th president in 1993 and retired in 2010. Credited with leading the College into its current state of historic strength, he took the helm when enrollment at MC was 752 students, and the College’s endowment was valued at around $12.5 million. At the conclusion of his 17 year tenure, the College had celebrated a record enrollment of 1,176 undergraduates and an endowment value of $55 million.