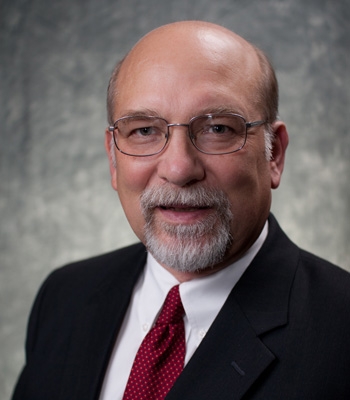 My research interests lie within the broad umbrella of experimental physical chemistry, with emphasis on laser spectroscopy and surface analysis for discovery and characterization of advanced and emerging materials. We are applying these to the study of chemical vapor deposition of diamond, intracluster reactions of gas-phase metal clusters, and monolayer metal films on single crystal metal oxide surfaces.

Chemical vapor deposition is inherently a complex process involving gas-phase, surface and solid state chemistry. Recognizing that there must be an interplay between these, we have taken a multifaceted approach to the study of the chemical vapor deposition of diamond, including mass spectrometric analysis of the near surface gases, UHV characterization of the diamond surface and its chemistry, and micro and nanoscale characterization of film morphology. Under NSF support we have published 17 articles on this subject, including a feature in Optics and Photonics News, which grew out of an invited talk presented at the 1995 National Meeting of the Optical Society of America. We have also explored applications of this technology for coating machine tooling and fiber-optic probes. These applications were reviewed in an invited talk presented at the 25th WATTEC conference. Most recently we have focused on the potential advantage of using chlorinated precursors in diamond film growth and their related surface chemistry. We have implicated a chlorine containing radical with a ten-fold increase in the nucleation density of diamond and are currently studying the mechanism of this effect.

Our current research in intracluster reactions of gas-phase metal clusters is a marriage of our interest in multiphoton ionization spectroscopy, cluster science, and transition metal chemistry. Together with John Miller of Oak Ridge National Laboratory, we have published 19 articles on multiphoton ionization of small molecules and clusters during the past 10 years and have developed the use of multiphoton ionization as a method for laser initiation of chemistry in clusters. This technique has the potential for aiding significantly in sorting out the many complex factors which can influence chemical reactions in condensed phases, such as solvent effects and aggregation, by establishing a nanoscale reaction vessel for their study. The use of organometallic precursors allows generation of various sized metal clusters and the effects of cluster size on reactivity to be investigated. Future studies are planned to explore size dependent effects on metal cluster reactions with a broad range of organics within the cluster environment.

Dr. Feigerle received a B.S. in Chemistry from the University of Illinois at Chicago in 1977 and a Ph.D. in Chemical Physics from the University of Colorado in 1983. Before joining the faculty of the University of Tennessee in 1985, he was a National Research Council Postdoctoral Fellow at the National Bureau of Standards (NBS). Students in his group carry out research at UT and ORNL, where he has been a consultant to the Health and Safety Division since 1986.