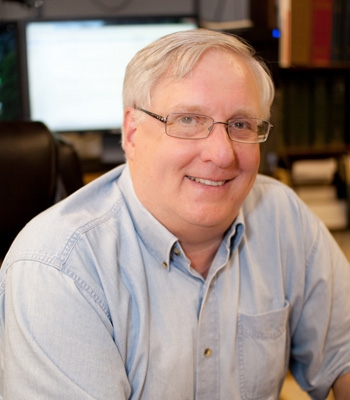 Our research is principally centered around the chemistry of carbohydrates, nucleosides, cyclitols and heterocyclic compounds as these relate to bioorganic and medicinal chemistry. We are involved in the design and synthesis of enzyme inhibitors and antiviral and anticancer compounds. Working closely with biological collaborators, we are seriously involved in the design and evaluation of substances that might be developed into useful drugs. While we are fundamentally synthetic organic chemists, elements of drug design -- computer-assisted modeling and evaluation of biological data -- are a part of our work. The challenges are significant and the rewards from this work can be very exciting.

Projects in which we are involved include the synthesis of enantiomerically pure drugs such as the calanolides shown below. Two of these compounds, for example, were derived from plant sources. Our synthetic work, which involved enantioselective synthesis with organoborane reagents, has permitted the evaluation of all four stereoisomers and the development of a series of synthetic analogues that are structurally simplified and easier to synthesize. Another project, the total synthesis of an antianginal agent, hongconin, which is a drug from Chinese herbal medicine, makes use of a sugar as a source of the chiral centers in the drug. From our work we have defined the absolute stereochemistry of the natural product and have produced a number of analogues for evaluation. Still another project on the chemistry of cell-surface carbohydrates is probing mechanisms to halt the metastasis (spreading) of cancer cells.

Dr. Baker received his B.S. in Chemistry degree from The University of Tennessee in 1969 and his Ph.D. degree from The Ohio State University in 1973. Following a postdoctoral at Syntex Research and 3.5 years with Parke-Davis Pharmaceutical Research, he began his academic career at The University of Alabama. In 1990 he moved to the University of Tennessee. Dr. Baker is active in the Carbohydrate, Medicinal, and Organic Divisions of the American Chemical Society. He is a frequent reviewer for the National Institutes of Health and serves as an editor of Carbohydrate Research, an international journal in the field.