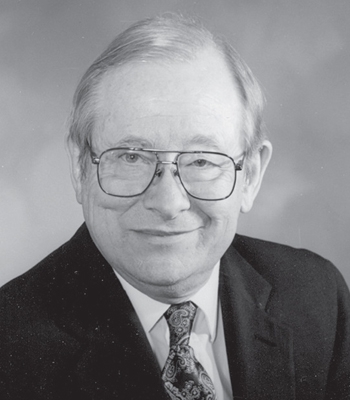 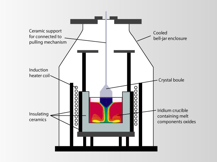 The conventional method of producing high-melting complex compounds from simpler high-melting precursor compounds) is to melt the starting materials together at high temperatures followed by carefully-controlled cooling to produce crystals.  For example, Lu2O3 and SiO2 can be melted together at 2050ºC in an iridium (Ir) crucible by induction heating followed by highly-regulated very slow cooling to produce crystalline Lu2SiO5. The process is very expensive, time-consuming, and subject to failure.

The research of this group is focused on the production of such high-melting complex compounds by less expensive, short-time, and reliable techniques.  Using the above example, three main approaches are being made:

Lu2O3 and SiO2 are placed in a very-hard ZrO2 cup along with several small very-hard  ZrO2 balls.  The cup is rotated at 850 rpm.  When the balls crash into the walls and into each other, very small spots of high temperature and high pressure are produced.  The energy is partially  transferred to the Lu2O3/SiO2 mixture, and after 6 hours, complete transformation into Lu2SiO5 has occurred.  By alteration of conditions, Lu2SiO5 at μm or nm sizes can be made. 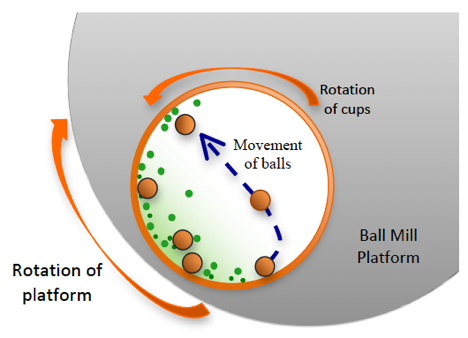 Lu(NO3)3, amorphous fumed silica (SiO2) and urea are mixed in water, which is then evaporated to dryness.  The resulting mixture is then heated to 300oC, where the NO3- rapidly oxidizes the urea to give a temperature of 1600oC which produces Lu2SiO5 at the 50-100 nm level. 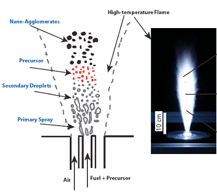 A solution of Lu(NO3)3 and tetraethyl orthosilicate (TEOS) in ethanol is treated with an ultrasonic atomizer and O2, and the stream is passed through a  methane-oxygen pyrolysing flame zone. The resultant Lu2SiO5 particles are in the 50-100 nm size range.

Monitoring the Reactants and the Products

In all three of the above approaches, the disappearance of the precursors and the appearance of the Lu2SiO5 is monitored by the Powder X-ray Diffraction (PXRD) spectra of the compounds.  When irradiated with X-rays, a crystalline powder compound diffracts the X-rays at different angles from its crystal planes.  Each different crystal displays a distinctive spectrum (intensity vs. angle) which permits it to be distinguished from all other crystals.  Typical Powder X-ray Diffraction spectra for SiO2, Lu2O3, and Lu2SiO5 follow: