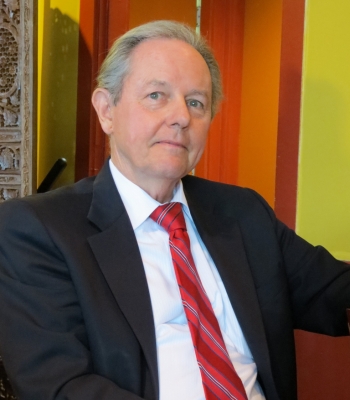 Our research efforts are focused on developing new synthetic methods. We utilize organometallic reagents extensively and have a continuing interest in organoborane chemistry. A special emphasis is placed on reactions which can be utilized to incorporate short-lived, positron emitting isotopes of use in modern medical imaging techniques such as positron emission tomography (PET). In recent years we have developed new, rapid synthetic routes to complex organic molecules containing nitrogen-13 (t1/2=10 minutes) and oxygen-15 (t1/2=2 minutes) which are physiologically active. We are currently examining new methods for incorporating carbon-11 (t1/2=20 minutes) using organoborane reactions involving carbon monoxide as outlined in this reaction scheme.

In many instances, the boron compounds are of interest in their own right. For example, para-boronophenylalanine (BPA) is currently being evaluated as an agent for destroying tumors in a technique known as boron neutron capture therapy (BNCT). We are preparing the carbon-11 labeled analog for potential use in screening BNCT agents prior to treatment.

We are also interested in the development of physiologically active agents containing NMR active nuclei for use in magnetic resonance imaging (MRI). Agents containing carbon-13, fluorine-19, and boron-10 (for BNCT) are being synthesized and evaluated in our laboratories. Agents containing metal ions such as gadolinium are also of interest due to their effect on the relaxation rates of neighboring hydrogen nuclei; our research efforts have been directed at gadolinium analogs of agents such as fatty acids and steroids which are known to accumulate in heart muscle and certain tumors. My research group collaborates extensively with neighboring hospital-based research groups and the national laboratories. This collaboration offers my students an opportunity to carry out a portion of their graduate studies in non-traditional settings.