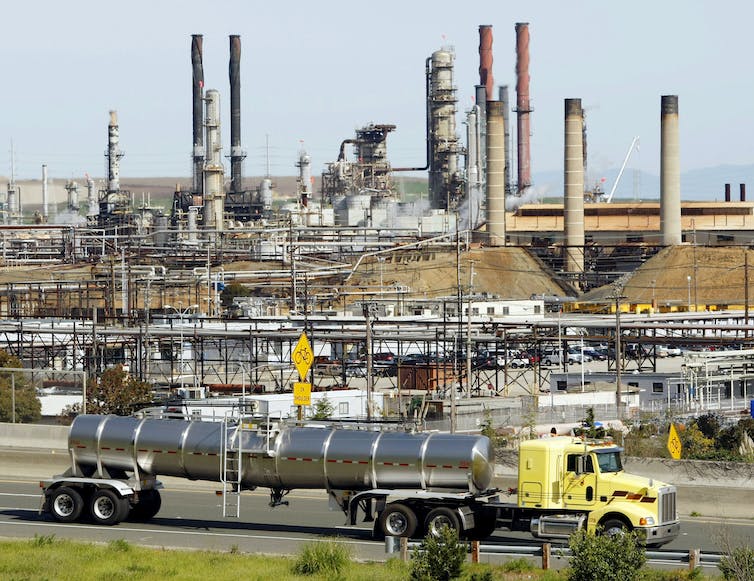 Constance B. Bailey, University of Tennessee

To replace polluting goods and practices, sustainable alternatives have to be cost-competitive. For example, many plastics currently end up in landfills because they’re cheaper to manufacture than to recycle.

High costs are also slowing progress toward a bioeconomy. Today research, development and manufacturing are more costly for bioproducts than for established petrochemical versions.

Governments can use laws and regulations to drive change. In 2018 the European Union set an ambitious goal of sourcing 30% of all plastics from renewable sources by 2030. In addition to reducing plastic pollution, this step will save energy: Petroleum-based plastics production ranks third in energy consumption worldwide, after energy production and transport.

But oil company investments in the design of novel chemicals are growing, and the chasm between the cost of petroleum-based products and those produced through emerging green technologies continues to widen. More efficient technologies could eventually flood existing petrochemical markets, further driving down the cost of petrochemicals and making it even harder to compete.

In my view, the growing climate crisis and increasing plastic pollution make it urgent to wean the global economy from petroleum. I believe that finding replacements for petroleum-based chemicals in many products we use daily can help move the world toward that goal.

[You’re smart and curious about the world. So are The Conversation’s authors and editors. You can read us daily by subscribing to our newsletter.]

Constance B. Bailey, Assistant Professor of Chemistry, University of Tennessee

This article is republished from The Conversation under a Creative Commons license. Read the original article.