The Campagna Lab published their work “Isoflurane anesthesia disrupts the cortical metabolome” in a collaborative piece in the Journal of Neurophysiology (JNP).

Anesthesia was used as a tool to eliminate wakefulness. Untargeted metabolomic analyses were performed on microdialysis samples obtained from mouse PFC during wakefulness and during isoflurane anesthesia.

Significant state-specific changes also were discovered among molecules comprising lipids and fatty acids, monosaccharides, and organic acids. Considered together, these molecules regulate point to point transmission, volume conduction, and cellular metabolism. The results identify a novel ensemble of candidate molecules in PFC as putative modulators of wakefulness and the loss of wakefulness. 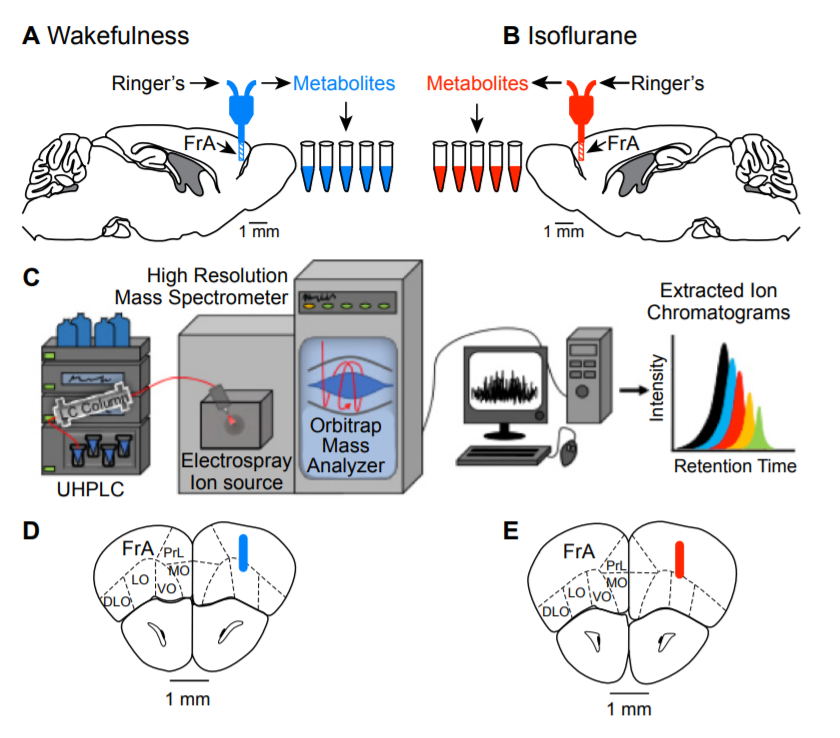