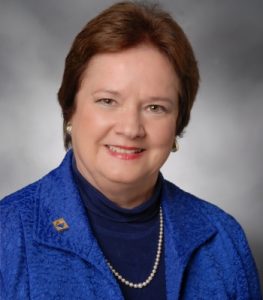 Dr. Diane Grob Schmidt, an UT Chemistry alumna and the Chair of the Chemistry Department Board of Visitors, is offically entered as a Candidate for the American Chemical Society President-Elect, 2014.

With more than 163,000 members, ACS is the world’s largest scientific society, and a non-profit organization, whose members represent professional at all degree levels and in all fields of chemistry and sciences that involve chemistry. Since 1876, over 120 individuals have been identified with the title of President of the ACS.

Currently a Section Head in R&D at The Procter & Gamble Company in Cincinnati, Ohio, Schmidt received the prestigious ACS Henry Hill Award in 2012, and has been serving an active leadership role in ACS for over twenty years. She has chaired or served on more than 20 ACS task forces and working groups that have helped advance the profession. In addition she was elected to the ACS Board of Directors [2002-2010] and the ACS Board Executive Committee.Schmidt currently serves as a Director-at-Large of the Board of Directors at the Oak Ridge Associated Universities.

Schmidt’s name will appear on the fall ballot. You can look for her Candidate statement in the Sept. 16 issue of C&EN. The ballots will be mailed to ACS members on Oct. 4. Please vote for a “Vol Chemist”!