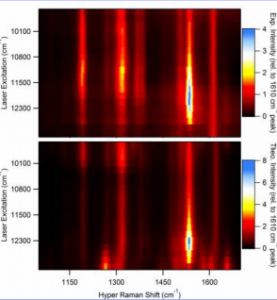 “As two-photon spectroscopy gains popularity, it is important to fully understand the mechanisms and principles that guide it.” Bennett explains the importance of his work. “Our explorations of hyper Raman spectroscopy are an attempt to understand those principles.  We are working to uncover the mysteries in this aspect of science, to help bring it into the realm of popular scientific methods.” 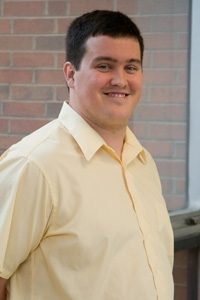 Prior to joining Camden group, Bennett obtained his Bachelor of Science degree from the Wofford College in 2003 and Master of Arts from the Wake Forest University in 2004. He also serves as the secretary for the East Tennessee Section of the American Chemical Society.

Bennett’s research has been focusing on understanding the principles behind the enhancement in surface enhanced hyper Raman scattering (SEHRS).  “This project is a direct result of the explorations in that work.” said Bennett. “The theory observed here will help “flush out” the mechanisms of enhancements in further studies.”

Founded in 1879, JACS is the flagship journal of the American Chemical Society and the preeminent journal in the field. This periodical is devoted to the publication of fundamental research papers in all areas of chemistry and publishes approximately 16,000 pages of Articles, Communications, Book Reviews, and Computer Software Reviews a year. Published weekly, JACS provides research essential to the field of chemistry and is the most cited journal in chemistry field as reported in the 2010 Journal Citation Report© Thomson Reuters.