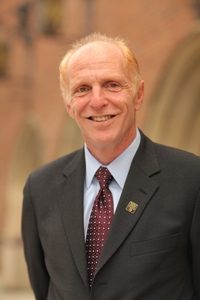 Dean of the College of Arts and Science Bruce Bursten has been named to the American Chemical Society (ACS) fellows program. The program began in 2009 to recognize and honor ACS members for their outstanding achievements in and contributions to the science, the profession, and service to the society. Bursten, who was president of ACS in 2008, conducts research in inorganic chemistry, focusing on the correlation of theoretical and experimental electronic structural data with the bonding and reactivity patterns of metal-containing molecules. The 192 new ACS Fellows will be honored at the society’s fall national meeting in Boston later this month. Additional information about the program is available at http://www.acs.org/fellows.