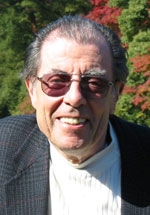 To those who have spent any amount of time in the field of chromatography, Dr. Guiochon needs no introduction, and his educational background reads like a “Who’s Who” of venerable scientific institutions. He received the M.S. degree in engineering from the Ecole Polytechnique, Paris, France, and the Ph.D. in chemistry from the University of Paris. He was a Professor of chemistry at Ecole Polytechnique until 1985 and at the University of Paris VI or Universite Pierre et Marie Curie until 1984. He then moved on to Georgetown University, Washington, DC, from 1984 to 1987, and he was appointed a UTK/ORNL Distinguished Scientist in June 1987. He is currently a Distinguished Professor with the Department of Chemistry, University of Tennessee, Knoxville, and is a Senior Scientist with the Oak Ridge National Laboratory’s Division of Chemical and Analytical Sciences, Oak Ridge, Tennessee.

His research interests include all aspects of gas and liquid chromatography, theory, instrumentation, and applications, and the problems of physical chemistry related to chromatography. These include solution and adsorption thermodynamics, mass and energy transfers, detector principles, and the consolidation of beds of fine particles. His current work is in the theory of nonlinear chromatography, the development of separation processes based upon chromatography (including simulated moving bed [SMB]), and the preparation of efficient columns. He has nearly 800 scientific publications to his name, and his most recent books are Quantitative Gas Chromatography, written in cooperation with C. Guillemin, and Fundamentals of Preparative and Nonlinear Chromatography, written in cooperation with S. G. Shirazi and A. M. Katti.