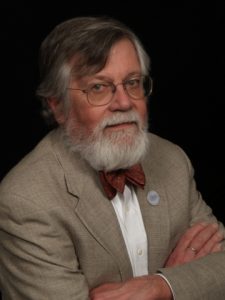 Jeff Kovac, Professor of Chemistry, was elected one of the 13 senators of the Phi Beta Kappa Society on October 9th at the Society’s 44th Triennial Council in Denver, Colorado. The Society is the nation’s oldest academic honor society founded December 5, 1776.

Senators serve as directors who guide the Society on policy matters that are carried out by the national office of Phi Beta Kappa, and set the direction for the Society’s future.  The normal Senate term of office is six years.  Four people are returning to the Senate for a second term. Kovac is among the nine who are new to the Phi Beta Kappa Senate. “Being elected to the Phi Beta Kappa senate gives me an opportunity to have a larger impact nationally as an advocate for the liberal arts.” Kovac said.

“Phi Beta Kappa is very fortunate that these distinguished individuals are willing to volunteer their time to serve as Senators,” said John Churchill, Secretary of the Society. “Their skills and expertise will enhance those of our current Senators. They bring a variety of perspectives for assessing the best ways to advance the values of liberal arts and sciences education in America. I look forward to working with them.”

Kovac earned a Ph.D. in 1974 from Yale University. After completing two years as a postdoctoral research associate at the Massachusetts Institute of Technology, he joined the Department of Chemistry at the University of Tennessee, Knoxville, in 1976. During Kovac’s career here at the University of Tennessee, he has served as the director of General Chemistry from 1999 to 2011, the director of the Governor’s School for the Sciences and Engineering, and the director of the College Scholars program. Kovac also directed Tennessee Science Olympiad State Tournament for four years. His contributions were recognized both locally and nationally. Kovac was named AAAS Fellow in 2001.

The University of Tennessee’s Chapter of Phi Beta Kappa, officially known as Epsilon of Tennessee, was formally installed in 1964 and has more than 120 members as of 2013. Kovac currently serves as the Chapter President and one of the five judges for the Society’s $10,000 National Book Awards in Science.