The Larese Group’s research Adsorption of Pentane and Hexane Thin Films on the Surface of Graphite(0001) was featured on the cover of The Journal of Physical Chemistry C.

Surface adsorption plays an important role in a variety of industrial and technological processes, especially in energy conversion, storage, and transformation. As a result, there is a growing need for advancing the current understanding of fundamental interactions that govern these types of processes.

This research characterizes the interaction of n-pentane and n-hexane with graphite using high-resolution volumetric adsorption isotherms along with molecular dynamic simulations. The thermodynamics of adsorption were obtained for n-pentane and n-hexane adsorbed on the basal plane of graphite in the temperature ranges 190–235 and 230–280 K, respectively, using high-resolution volumetric adsorption isotherms. These linear molecules exhibit a van der Waals interaction with the surface of graphite(0001) and yield an overall greater binding than on boron nitride and MgO(100).

The averaged areas per molecule calculated for the fluid monolayer phases were determined to be 52.03 and 61.35 Å2 for pentane and hexane, respectively, which are in agreement with previous diffraction measurements performed for the monolayer solid. MD simulations were performed in order to provide additional microscopic insight.

Density profiles normal to the graphite substrate revealed that the stabilization of the layer nearest to the surface by the fluid multilayer exists for linear alkanes as small as pentane, however to a much lesser extent than that observed previously for adsorption on boron nitride and MgO. Intermolecular radial distribution functions and diffusion coefficients derived from the molecular trajectories suggest that a liquid crystal phase exists in the layer nearest the surface at temperatures well above the bulk triple-point temperatures. 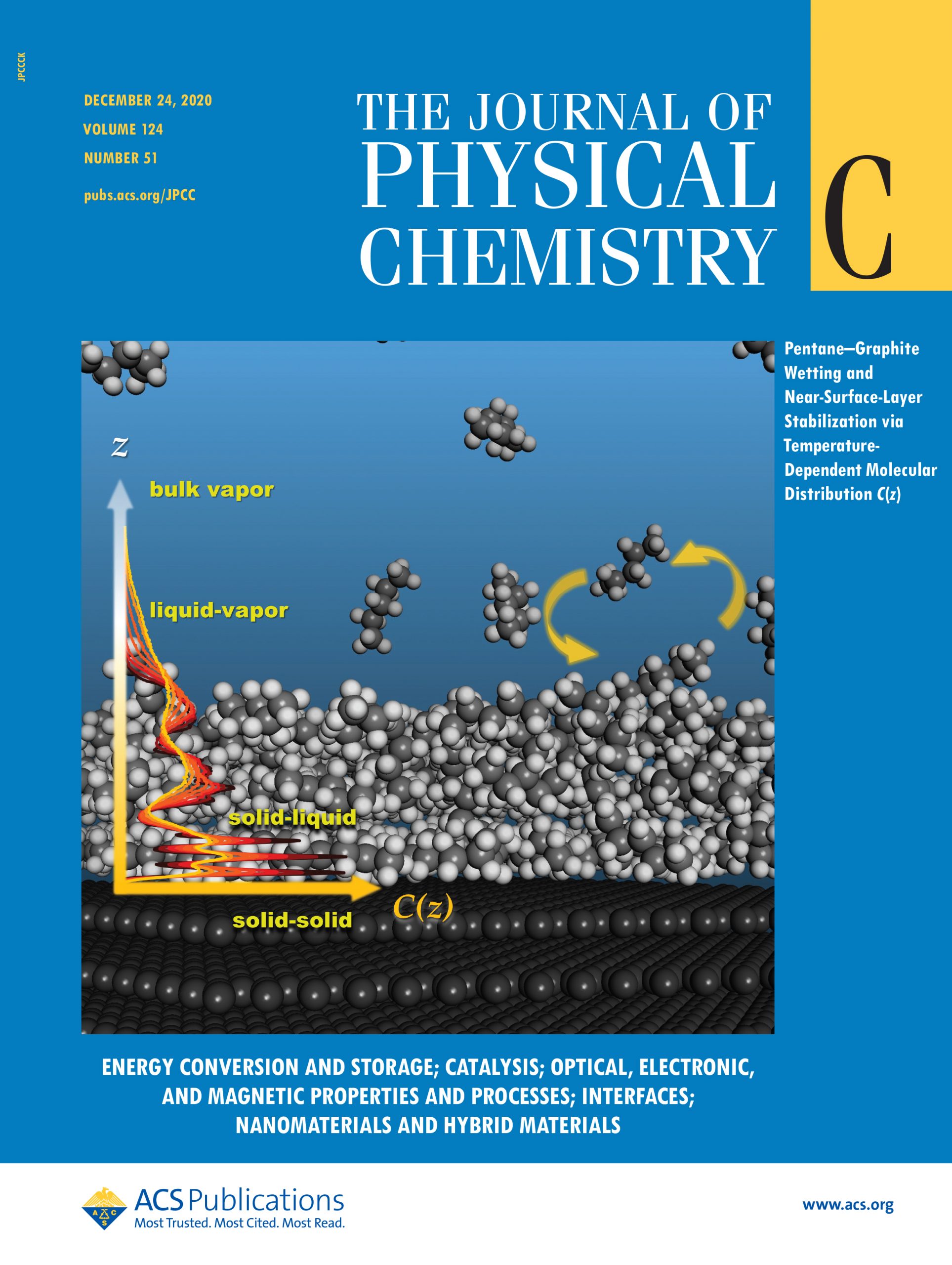