Former postdoc, Dipanjan Mazumdar, worked with the Musfeldt group for two years from 2012-2014. He now has a tenure-track job at Southern Illinois University Carbondale and is a 2019 NSF CAREER Award recipient for his work with thermal stability and scaling of nanoscale spin-electronic devices based on novel inverse-Heusler alloys.

“When I started my research career, I learned that one can combine ultrathin layers (nanoscale) of magnetic materials to act as a switch utilizing a subtle quantum physics effect called quantum tunneling,” Mazumdar said. “Essentially, in the classical world when we throw a ball onto a wall, it will always bounce back. Always. In the quantum world, however, there is a small chance that throwing quantum objects such as an electron onto a barrier (wall), the electron will end up on the other side of the barrier.”

Maumdar’s goal of this project is to make faster, smaller, energy-efficient magnetic nanoswitches.

“Surviving in academia is very difficult. Jan Musfeldt helped my career to stay afloat during a very difficult time,” Mazumdar admits. “So this award (and any award/grant I receive in the future) is always going to be directly or indirectly related to the support I received from her at The University of Tennessee, Knoxville, Department of Chemistry.” 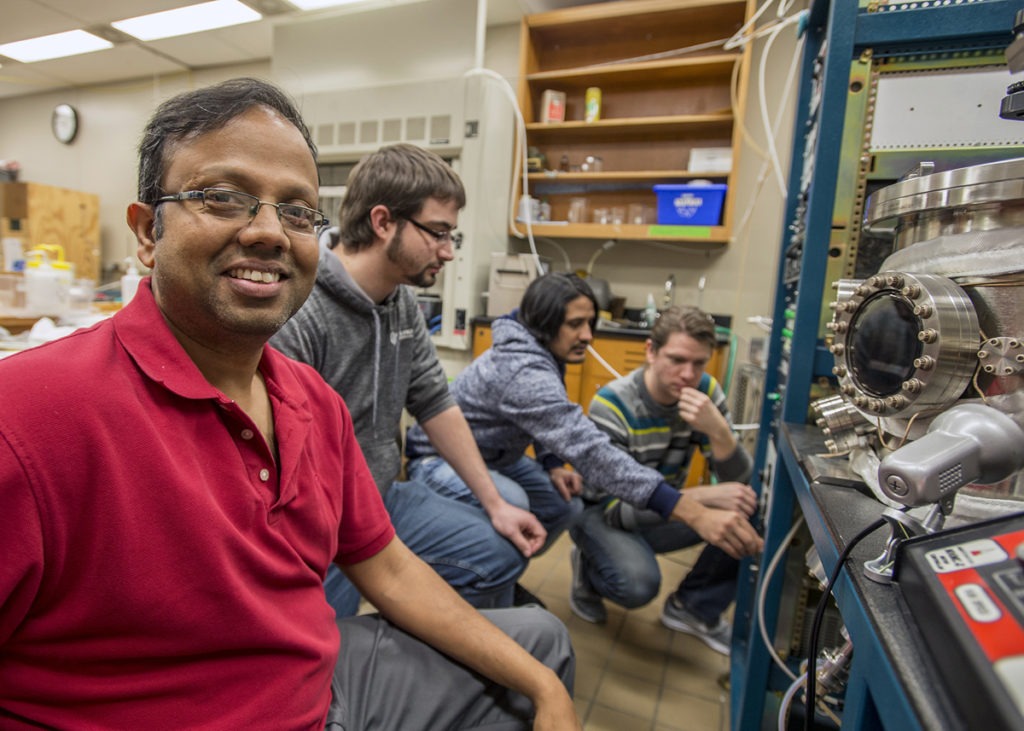