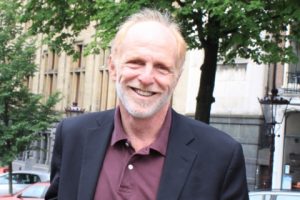 Dr. Bruce Bursten, distinguished professor of chemistry, was elected as the 2014 Chair-Elect, 2015 Chair and 2016 Retiring Chair of the Section on Chemistry of the American Association for the Advancement of Science (AAAS).

AAAS is the world’s largest and most prestigious general scientific society, with 126,995 individual and institutional members at the end of 2008. It is also the publisher of the well-known scientific journal Science, which was founded in 1880 on seed money from the American inventor Thomas Edison. It now has grown into the largest paid circulation of any peer-reviewed general-science journal with a weekly circulation of 138,549.

Bursten will participate in all AAAS Chemistry Section meetings and oversee the section affairs to actively involve affiliated organizations and enhance communication among chemistry scientists in all areas. His new role with the AAAS will be in addition to his teaching and research activities at UT. Bursten conducts research in inorganic chemistry. His research centers on the correlation of theoretical and experimental electronic structural data with the bonding and reactivity patterns of metal-containing molecules. He is the author or coauthor of more than 160 research papers, and he has presented more than 200 research seminars at other universities, national laboratories, and companies. He is also a coauthor of one of the leading textbooks in general chemistry, currently in its 13th edition.

Prior to this honor, Bursten has received numerous national and international honors for his academic accomplishments. Among these, in 1984 he received a Camille and Henry Dreyfus Foundation Teacher-Scholar Award and in 1985 he was named a Fellow of the Alfred P. Sloan Foundation. In 2001, he received the Catalyst Award from the American Chemistry Council, which is a national award for teachers of chemistry. He received the 2003 Spiers Medal and Prize from the Royal Society of Chemistry in the United Kingdom, he was elected a Fellow of the AAAS in 2004, and received the Morley Medal of the Cleveland Section of the ACS in 2005. He was elected a Fellow of the American Chemical Society (ACS) in 2010.

Bursten received his S.B. in Chemistry with Honors from the University of Chicago in 1974, and a Ph.D. in Chemistry from the University of Wisconsin – Madison in 1978 under the direction of the late Professor Richard F. Fenske. He was a National Science Foundation Postdoctoral Fellow at Texas A&M University from 1978-1980, conducting research with the late Professor F. Albert Cotton. He joined the faculty of The Ohio State University in 1980 as an Assistant Professor of Chemistry.  In 1997 he was named Distinguished University Professor. In October 1999 he became Chair of the Department of Chemistry at Ohio State, a position he held until October 2003. In 2005 he moved to the University of Tennessee, Knoxville as Dean of the College of Arts and Sciences and Distinguished Professor of Chemistry. In 2006 he was elected to the Presidential succession of the ACS. He was President-Elect for 2007, President of the ACS for 2008, and Immediate Past President for 2009. During those three years, he also served as a member of the ACS Board of Directors.