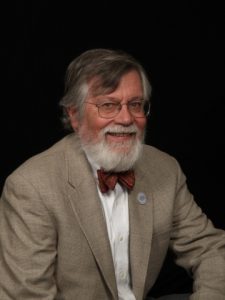 Jeff Kovac, professor of chemistry, was invited by the Swiss Academy of Sciences (SCNAT) to speak in SCNAT Ethics Lecture Tour, a series of lectures that will take place in the chemistry departments of Swiss Universities that will cover the broad topic of ethics in science endeavor. Kovac was invited to be the first speaker on their inaugural Lectureship.

The lecture tour is organized by Platform Chemistry of SCNAT and is scheduled to take place in fall 2016 in Swiss Institutions. “Our goal is to expose all chemists to this issue, whether they are undergraduate or graduate students, post-doctoral fellows or faculties.” Christophe Copéret, professor of chemistry at ETH Zürich, and President of the Platform Chemistry of the Swiss Academy of Sciences, said. Kovac will visit six universities and academic institutions in Switzerland at the end of October and beginning of November.

Kovac came to the University of Tennessee, Knoxville in 1976. He has a bachelor’s degree from Reed College, a doctorate from Yale University, and two years of postdoctoral research at the Massachusetts Institute of Technology.

Some of his recent work is focused on chemistry education and chemistry ethics. Kovac’s talk titled “Ethics of chemical weapon research“ during 2015 American Chemical Society National Conference in Denver, CO, was highlighted in C&EN. He was also elected one of 13 senators in 2015 to Phi Beta Kappa Society, one of the nation’s oldest academic honor society. Kovac directed the Governor’s Schools from 1994 to 2012 and headed up the Science Olympiad from 2008 to 2012. His contributions to STEM (science, technology, engineering, and mathematic) education was recognized by the College of Arts and Sciences back in 2013. Kovac also received Excellence in Academic Outreach Award during 2011 Chancellor Honors Banquet.