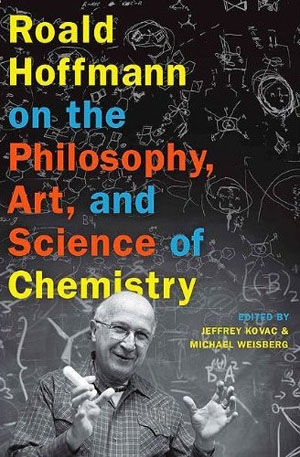 They gathered together chemist Roald Hoffmann’s most significant contributions to the field of philosophy and included in the book some unpublished lectures to increase the value of the collection.

Professor Kovac’s honors and awards include election to Phi Beta Kappa, the Woodrow Wilson Fellowship and election as a Fellow of the American Association for the Advancement of Science.  Kovac is the author of over 100 publications including four books.

Nobel laureate Roald Hoffmann’s contributions to chemistry are well known. Less well known is that over a career that spans nearly fifty years, Hoffmann has thought and written extensively about a wide variety of other topics, such as chemistry’s relationship to philosophy, literature, and the arts, including the role of symbolism and writing in science, the nature of chemical reasoning, and the relationship between art and craft and science.

In Roald Hoffmann on the Philosophy, Art, and Science of Chemistry, Jeffrey Kovac and Michael Weisberg bring together twenty-eight of Hoffmann’s most important essays. Gathered here are Hoffmann’s most philosophically significant and interesting pieces, many of which are not easily found in print. In essays such as “Why Buy That Theory,” “Nearly Circular Reasoning,” “How Should Chemists Think,” “The Metaphor, Unchained,” “Art in Science,” and “Molecular Beauty,” we find the mature reflections of one of America’s leading scientists. Organized under the general headings of Chemical Reasoning and Explanation, Writing and Communicating, Art and Science, Education, and Ethics, these stimulating works provide invaluable insight into the practice of science. Hoffmann also has a reputation as a superb teacher of chemistry–one with a special talent for communicating complex ideas to novice students–and many of the essays here are of special interest to teachers of science in general, and chemistry in particular.

Insightful, thought-provoking, and filled with good humor, Roald Hoffmann on the Philosophy, Art, and Science of Chemistry will fascinate anyone interested in modern science or who enjoys engaging with an exceptional mind.