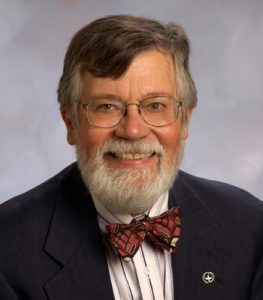 Jeff Kovac, professor of chemistry at the University of Tennessee, Knoxville was invited to be a panelist, leading a discussion of “Ethics in Science,” at the closing panel of 67th Lindau Nobel Laureate Meeting. The meeting will be held from June 25th to 30th, the panel discussion will take place on June 30th on Mainau Island, Germany.

“In preparation of this panel discussion, our scientific chairpersons Professor Astrid Gräslund and Professor Wolfgang Lubitz suggested Professor Kovac as a panelist, based on his large experience in the field and his publications and presentations.” said Wolfgang Huang, Director Executive Secretariat of Council for the Lindau Nobel Laureate Meetings.

Kovac joined the chemistry department at UT. He has a bachelor’s degree from Reed College, a doctorate from Yale University, and two years of postdoctoral research at the Massachusetts Institute of Technology.

In recent years, Kovac has frequently spoke about ethics in chemistry. He gave a talk titled “Ethics of chemical weapon research” during 2016 American Chemical Society’s meeting in Denver, CO in March. His talk was highlighted on C&EN website as part of “Denver National Meeting Mania.” Then in fall 2016, Kovac was invited by the Swiss Academy of Sciences (SCNAT) to speak in SCNAT Ethics Lecture Tour, where he visited six universities and academic institutions in Switzerland at the end of October and beginning of November.

The Lindau Nobel Laureate Meeting started in 1951. Each year, “the most promising young students come to the small island of Lindau to meet with Nobel Laureates for a week full of inspiration,” said Huang. For this year’s meeting, 420 young scientists from 78 countries have been selected to participate after passing a multi-stage international selection process.