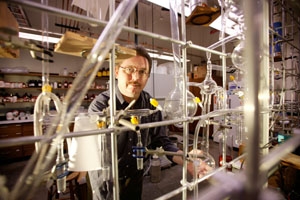 The PMSE Fellows Program was established since 2000 to honor a small percentage of PMSE members who have made significant contributions to the science and engineering of polymeric materials.

October last year, Mays was  honored with the 2011 Outstanding Alumni Award for leadership in polymer research and development at the University of Akron.

The twelfth class of PMSE Fellows will be inducted at the San Diego ACS National Meeting during the PMSE/Poly Awards Reception on Wednesday night, March 28, 2012.