A collaborative team including University of Tennessee researchers has captured the first direct images of tiny cell membrane domains known as lipid rafts. The images were published in a research article in this week’s edition of Proceedings of the National Academy of Sciences of the USA.

First hypothesized over thirty years ago, rafts are specialized microenvironments found within cell membranes, the sheets of lipid and protein that both surround a cell and delineate its internal compartments. They are thought to play a crucial role in the way cells transport materials and communicate with each other. Some viruses, including influenza and HIV, have even co-opted rafts in their life cycle. 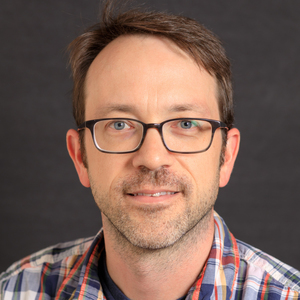 At nearly a thousand times smaller than the width of a human hair, rafts are impossible to detect with conventional microscopy. “Although their existence is well supported by biochemical evidence, the lack of direct visual observations of rafts has led to some healthy skepticism” said Fred Heberle, an assistant professor in the Chemistry Department at UT and lead author of the study.

The researchers used a powerful technique called cryogenic electron microscopy (cryoEM) to take the first pictures of the tiny structures. “An ordinary light microscope can’t resolve objects smaller than a few tenths of a micrometer, but cryoEM can visualize structures as small as a tenth of a nanometer” said Heberle. “It’s revolutionizing the field of structural biology, but to date has mostly been used to look at protein structure. We decided to zoom in on membranes and see if we could visualize rafts.”

The study grew out of a collaboration between Heberle and two research groups at the University of Texas Health Science Center at Houston led by cell biologist Ilya Levental and neurobiologist M. Neal Waxham. “We have a common interest in membrane structure but different ways of approaching it,” said Heberle. “My lab studies synthetic membranes, while Ilya and Neal specialize in more complicated biological membranes. We also have combined expertise in small-angle scattering, molecular simulations, and electron microscopy. Ultimately, we needed all of those tools to convince ourselves that we were really seeing rafts.”

The researchers first imaged model biomimetic membranes to show that cryoEM can resolve sub-nanometer differences in their thickness, a feature known to distinguish rafts from the surrounding membrane. They then used simulations to predict how rafts would appear in a cryoEM image and to fine-tune their analysis, before finally capturing images of raft domains in both biomimetic and biological membrane preparations. A team at the University of Washington led by Sarah Keller and graduate student Caitlin Cornell independently made a similar discovery using a variation of cryoEM called cryo-electron tomography, and the two articles were published together.

While the new images should settle some long-standing questions, many aspects of raft formation and structure remain poorly understood. At a basic level, rafts are a consequence of the immiscibility of different lipids found in cell membranes, much like a mixture of olive oil and vinegar will separate in a bottle of salad dressing. “Cell membranes are fluid mixtures of lipids and proteins, and some of the different types of lipids don’t mix well and can separate to form a raft,” Heberle said.

One problem that has confounded researchers is why rafts remain small rather than coalescing into larger structures, but Heberle says that the ability to finally visualize the domains may eventually provide answers. “A better understanding of rafts will not only give insights into the normal functioning of our own cells, but may also lead to improved therapies for viral infections.”