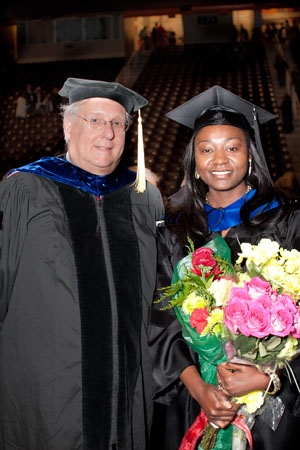 Just graduated with a Ph.D. in Chemistry last December, Irene Abia’s education in the Chemistry Department at the University of Tennessee, Knoxville is truly fruitful. After winning ACS Young Chemistry Award last July, Abia has been recently appointed as an associate to the Committee on Younger Chemists (YCC).

YCC is a committee at the highest level of governance in ACS. It helps formulate policy that impacts, in particular, younger members of the society. Professor David Baker, Abia’s metor, is very proud of her. “Such an important appointment is a testament to Irene’s qualities shown by participation and leadership at ACS and related meetings.” Baker said.

After graduation, Abia did not waste her time at all. She’s expected to join the Chemistry Department at the University of Mississippi this month as Teaching Assistant Professor of Chemistry.