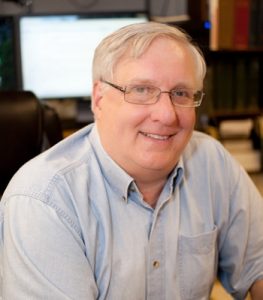 David Baker, Professor of Chemistry Department is inducted into the 2012 class of Fellows of the American Chemical Society (ACS), the world’s largest scientific society.

As stated in a letter issued by the Chair of ACS Fellows Oversight Committee, Dr. John Adams, “ACS Fellows are nominated by their peers and selected for their achievements in and contributions to the sciences and for providing volunteer service to the ACS community.”

The 2012 ACS Fellows will be honored at a special ceremony during the ACS National Meeting in Philadelphia on Monday, August 20. The official list appeared in the July 23 issue of Chemical & Engineering News (C&EN).

The ACS Fellows program began in December 2008. This year’s Fellows represent 23 technical divisions and 52 local sections and reflect a wide range of disciplines and geographic locations. Additional information about the program is available here.