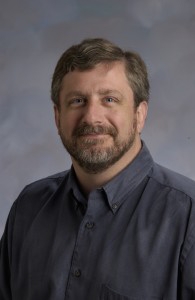 Dr. Mark Dadmun, Professor of Chemistry, was named 2015 American Chemical Society (ACS) Fellow. Dadmun received his B.S. in Chemical Engineering from the University of Massachusetts and a Ph.D. from the University of Massachusetts working with Prof. M. Muthukumar in Polymer Science and Engineering.  He subsequently was awarded a National Research Council Post-doctoral Fellowship, which was completed at the National Institute of Standards and Technology working with Dr. Charles Han.  Prof. Dadmun then joined the faculty of the Chemistry Department at the University of Tennessee, where he is now a Full Professor.  His current appointments include Joint Faculty at Oak Ridge National Laboratory in the Chemical Science Division and Founding Director of the Soft Materials Research in Tennessee (SMART) Center.

The fellows program began in 2009 as a way to recognize and honor ACS members for outstanding achievements in and contributions to science, the profession, and ACS*. “Through their work, Mark Dadmun and the entire class of 2015 ACS Fellows are using the transforming power of chemistry to improve health, protect the planet, and feed the world’s population.  Through their service in the community they are making science accessible to all, supporting students and teachers, and giving back through countless acts of public outreach,” said ACS President Diane Grob Schmidt.